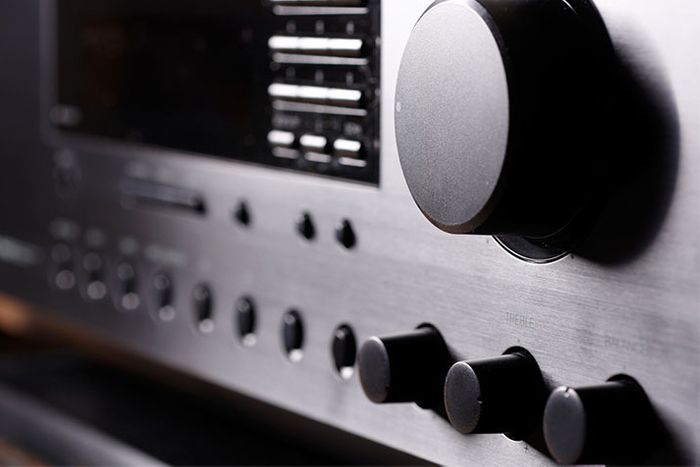 There is an incredible degree of versatility and performance which can be achievable through your home's existing home theater system, or via one which you install for the purpose. The audio capabilities inherent in your home theater system go far beyond what is possible by simply hooking up multiple speakers in different rooms, that are all connected to a main room stereo system. For instance, via your home theater system configuration, someone could be watching a Blu-Ray video in the main 'theater' room, while people in three other rooms in the house are all listening to different audio sources of their preference.

Multi-Zone Capability
A home theater receiver is highly capable, serving as a tuner for various radio sources, functioning as a pre-amp for controlling audio and video inputs from a wide array of sources, and supplying built-in amplification for as many as eight different channels, while sending Surround Sound signals and power to speakers placed around the home..

In addition to these basic capabilities, newer home theater receivers have the very powerful feature known as multi-zone capability, which allows for several different signals to be distributed to speakers located in various positions in the home. The big difference between this kind of configuration and a simple 4-speaker setup hanging off the main audio receiver, is that of control - the audio signals sent to any number of destination speakers can all be controlled at the home theater receiver in the main room..

When you think about the convenience and the efficiency of such a setup, it can be worth whatever the cost is of setting up your home theater system for house-wide audio. Without such an arrangement, everyone in the house would have to be listening to the same music coming from the main receiver, or you'd have to install separate receivers in each room where someone would be enjoying the music. By harnessing the power of a home theater receiver, you can literally manage any number of audio signals sent throughout the home, while others are enjoying a movie presentation in the main theater room.